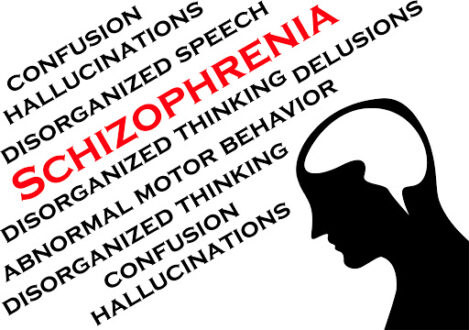 Schizophrenia is a relatively calm disorder that can be treated and managed with therapy and medication and is nothing like the evil disorder that mainstream media portrays it to be. It doesn’t always include split personality disorder1 and most of the people affected by it have small symptoms that are easy to manage.

There is currently no concrete answer to that question. Scientists have multiple theories on what could cause Schizophrenia but no one has any definite proof. Schizophrenia causes have been narrowed down to these 3 theories:

The second theory implies that people with Schizophrenia have a different brain structure all together. Their brains might have formed differently when they were still in the womb. There is also evidence to suggest that people with schizophrenia have a different balance of the big three chemicals that maintain your mood; namely Dopamine, Serotonin and Glutamate. The imbalance of these chemicals can happen for a number of reasons including birth complications.

The risk of schizophrenia can also be increased through viruses and bacteria. There is proof that says that babies whose mothers have the flu before birth have a higher chance to develop schizophrenia. It can also develop in people who are hospitalized because of serious infections. The cause of this is still unknown.

Schizophrenia doesn’t just manifest into its final stage immediately. It is preceded by a number of warning signs which, if diagnosed early, can help in rehabilitation of the patient. Warning signs of schizophrenia include:

Positive psychotic symptoms are those which add to the the mind. It basically means those symptoms that add stimuli which aren’t actually there. This includes Delusions, Hallucinations, illogical thought and speech, and illogical behavior. Delusions include false ideas. This might make people think that someone is spying on them, or that they are someone of extreme importance. Hallucinations include any and all stimuli that are given by the five senses, which aren’t actually there. The most common form of hallucinating is hearing voices of people that aren’t actually there. Illogical thought and speech impairs the person so that they speak in a manner that seems strange to use. They might jump from topic to topic, rhyme words that don’t actually rhyme, or they might repeat the same words and ideas again and again. Illogical behaviour on the other hand, messes with the routine of the individual. In this case they might change the way they stay clean, the way they dress and the way they perform basic tasks.

Negative Psychotic Symptoms are those which remove certain stimuli from the person’s mind. People with negative psychotic symptoms tend to be socially withdrawn, lack emotion, lack empathy and lack a general drive or sense of accomplishment.

Disorganized Behaviour is when the person acts in a way that seems bizarre to us. They might have outbursts of laughter, impulsive decisions and emotional responses that seem out of place.

The treatment of schizophrenia is more of a long process rather then just one simple cure. It is not impossible, it just takes a long time to manage the symptoms but it is extremely doable. Treatment of schizophrenia requires therapy as well as certain medications2. The therapy consists of the person coming to terms with any symptoms that they have and learning to trust that they are not real. Therapy often includes the family or work life because through them it becomes easier for the patient to trust what is real and what isn’t.

IMPORTANT NOTE: The above information is intended to increase awareness of health information and does not suggest treatment or diagnosis. This information is not a substitute for individual medical attention and should not be construed to indicate that use of the drug is safe, appropriate, or effective for you. See your health care professional for medical advice and treatment.