Diabetes also known as diabetes mellitus is known to be a chronic condition which occurs when the body fails to produce sufficient insulin, a hormone needed by the cells to be able to use the glucose present in food. The blood will contain excessive sugar then due to the cells’ inability to use glucose the way it would in an individual with a normal physiology. Over time, this sugar starts to build up in the blood and is then excreted.

The excess glucose raises blood sugar levels, and this leads to various complications for blood vessels, the heart, nerves, eyes, and kidneys. There is no cure for diabetes, but fortunately the condition is very manageable.

Since there are many kinds of it, different factors are responsible for different types. The most common ones include type 1 and type 2, and gestational diabetes.

In type 1, the immune system attacks the cells in the pancreas responsible for making insulin. Consequently, the body doesn’t produce any insulin. As a result, people diagnosed with type 1  must take insulin daily to stay alive. While type 1 diabetes is diagnosed mostly in kids and young adults, it can onset later in life as well.

As mentioned above, it is caused by an autoimmune reaction where the body attacks its own cells. While no specific cause for this reaction has been pinpointed, there are a few triggers. These include:

In type 2 , which is the most common kind, the body fails to produce or make use of insulin well. While type 2 diabetes can occur at any age throughout one’s life, it is more common in middle-aged and elderly people.

Multiple factors are responsible for type 2 diabetes, and often more than one cause is involved. A family history of type 2 is typically the underlying cause. Other risk factors which increase the chance of developing diabetes include:

If you have this disease during your pregnancy, then it doesn’t necessarily have to be gestational one. In some cases, diabetes during pregnancy is type 2 diabetes.

While the cause of gestational pregnancy is still unknown, there are some risk factors which increase the chance of being diagnosed with this condition. These include:

Factors responsible for gestational diabetes might also be closely linked to ethnicity. For some ethnic groups, the risk of this type of diabetes is higher.

Other Types of Diabetes

There are various causes of these other kinds. These include:

Signs and Symptoms of Diabetes

If you notice the following signs of diabetes, speak to your family doctor and have a test done without delay.

The early symptoms of it is related to high levels of blood sugar as well as a lack of glucose in urine. High glucose levels in urine lead to the need to urinate overly frequently, which in turn leads to dehydration. Accordingly, increased water consumption and increased thirst could be signs of diabetes.

Insulin deficiencies also causes weight loss. This can be true even if weight loss occurs despite no change in appetite or eating habits.

Some patients with untreated diabetes also complain about experiencing fatigue. Others may experience vomiting and nausea.

People with untreated or poorly-controlled diabetes also have frequent infections, particularly of the vaginal areas, skin, and bladder.

Its symptoms can also include blurred vision due to fluctuation blood glucose levels.

Other symptoms include lethargy and, in severe cases some patients may have a coma state induced because of highly elevated levels of glucose. 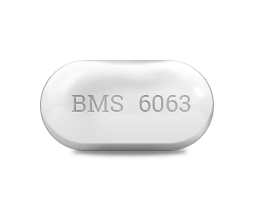 For type 1 , patients must take insulin daily and follow an exercise regimen along with a proper type 1 diabetes diet.

Type 2  is also treated with exercise, and gradual weight reduction, and lifestyle changes that will depend on the individual’s physiology. If these measures fail to control high blood sugar levels, doctors will often then prescribe oral medicines. Should the medicinal approach also fail to work, then insulin treatments are begun.

When it comes to medications, the prescribed medicines will vary from person to person and the following factors are taken into account:

For both kinds of diabetes, proper nutrition is a crucial part of the solution. However, there is no specific diet that is recommended for all. Diets will vary according to the patient’s individual needs.

Lastly, when it comes to diabetes medications, make sure you to consult your doctor and follow his or her professional guidance when treating the condition. Do not self-medicate.